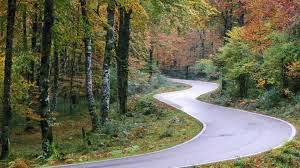 I recently found out that a friend of mine is moving back to his home town of Montreal. I met Dom when we were kids. I was in my teens and he was just getting to his teens. He was a hockey & music fanatic (and still is). We met because his mom and brother began coming to the church I was a part of. It was amazing to see his transformation, along with many other people in his family.

I got to watch and observe Dom’s journey. After completing a music diploma he went to a theology school to prepare for pastoral work. One of his summer internships was spent at a church I was then serving in Toronto. That summer was both wonderful and tough. Wonderful because we got to spend time together, tough because he was in a season of serious doubt and scepticism. For months afterward he worked through many questions that eventually made his faith stronger. His life & work brought him to Sarnia, Calgary, London, another place in London and then Sarnia (again). During that time he finished a Masters Degree and a PhD. He’s become quite the teacher. Today he and his family are moving back to Montreal. That’s right, full circle. They will be preparing to plant a church in Canada’s most diverse, beautiful and spiritually tough cities.

It seems like his whole life was leading him back to this – back to where his heart is. God was seemingly always going to get him there – back to Montreal.

As we enter into the book of Acts again, we engage the story with Paul once again on the ropes. Paul is often getting himself in trouble because he’s sharing a message of grace to people who’s religion is based on work and sacrifice. This little sentence in Acts 22:21 sets of the Jews (again). “The the Lord said to me, Go, I will send you far away to the gentiles”. For Paul this meant Rome, for the Jews this meant more grace to (undeserving) people. Lot’s is happening in Acts 22:21-23:11. Paul seems to always be on the brink of death. Here he will ‘almost be’ flogged (interrogated via serious pain) for information. But one thing saves him, his birth certificate – his past. Before the Roman officials begin the flogging process to find out why the Jews are so mad at him, Paul pulls the Roman card. What’s that? Paul is a Roman citizen, not by application or by payment, but by birth. The Roman officials realize that they can’t be flogging Paul, if they did they’d be in real trouble. You couldn’t do that to Roman citizens. Delayed again…Paul’s newest potential persecution/pain is delayed because of his past – his heritage – his hometown if you will.

A few other things happen too: Paul accuses a High Priest of being a hypocrite, apologizes for it, and stirs up an argument between Pharisees and Sadducees (based on their differing views on resurrection). All strategic moves on his part.

This section of Acts ends with one very important word from Jesus. “The following night, the Lord stood near Paul and said, ‘Take courage! As you have testified about me in Jerusalem, you must also testify in Rome.'” 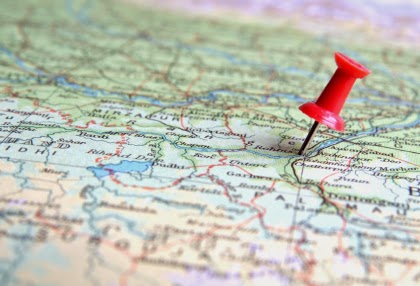 Paul’s mission was clear, he was going to get to Rome. God’s intention was for Paul to get there. Why there and why Paul? The rest of Acts will answer this, but for now we know this: Paul was the guy to get there and share Jesus’ message of grace to Gentiles. God uses Paul, a hometown guy if you will, to let Rome know that Jesus is real and that they can follow him too.

Paul’s history was about to be used for his future. Paul’s birth certificate was more than a sign of his citizenship, rather it would be a tool to share the greatest story ever to the most influential society of the first century. God uses Paul’s past to save him from his present dilemma and launch him into his future. He will get to Rome, to the place God wants him to be, even if the road is a tough one.

This story begs these questions…

– What
part of your past can you be grateful for? How can God use it today?

– Even
though you’re not there yet, can you believe that God’s working on your future?

– Many people have parts of their past they would like to forget. It’s understandable. What part of yours do you look back on as a stepping stone to your future…to where you are right now…to what God is doing in you and through you?

– If there was one person or place you’d like to go back to and share the gospel story with (Jesus’ message of grace & life), who would it be, where would it be? Why?
(this can be an old friend, a place you lived…)

– What are some things ‘WE’ want, that ‘WE’ may have convinced ourselves God wants for us, that perhaps are not God’s will or desire for us at all?
(after answering that)
– Is there a dream or place or outcome or mission that you feel God has placed in your heart, that even though you’re not there yet, you will not give up on any time soon? (Phil 1:6)

Missional Component for your group:
– Is there an activity or serving opportunity that your group can dream up? Something to do or someway to serve together, before the summer hits? Maybe something to think about for the fall season as well?