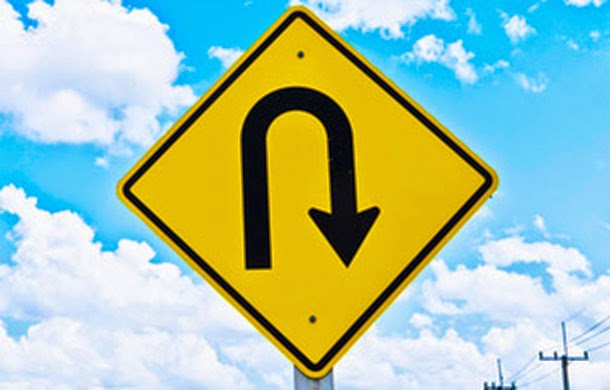 a turnaround story that just had to be repeated…

Comeback stories are good. We like them because we’ve followed a great athlete or an artist, and after they (may) have fallen off the map a little, for injury or personal reasons, we cheer them on as they make a comeback. Turnaround stories are even better. Why? Because they’re not coming back from anywhere, instead, the people in the middle of the story have gone from one place to another – they’ve changed direction, they’ve turned things around. Most times we can identify what the significant turning points were: people, circumstance, opportunity, etc.

Paul the apostle has one of the best turnaround stories in the scriptures. So much so, Luke includes in three times in Acts. You can read it first in chapter 9, again in 22 and finally in 26. Why three times? Well, first, Luke wants us to know it, and second, I think he wants us to know that we can develop our own story of repentance and life change.

In Acts 22, Paul is in the middle of a few years of trials, persecution, flogging, and lots of back and forth in different courts. In this particular instance, he is mistaken for an Egyptian revolutionary who had a part in assassinating thousands of people. Paul was no assassin, at least not after his conversion. After speaking in Greek, they realized they had the wrong person. But that didn’t subside the angry mob of religious Jews. Paul had to switch to Hebrew (Aramaic) to really get their attention. Once he had their ears, he took the opportunity to share ‘his’ story. This was one of the reasons he came back to Jerusalem – to let ‘his’ people know that he was wrong about his previous thoughts about God and Jesus, and that there had been a drastic turnaround in his story. 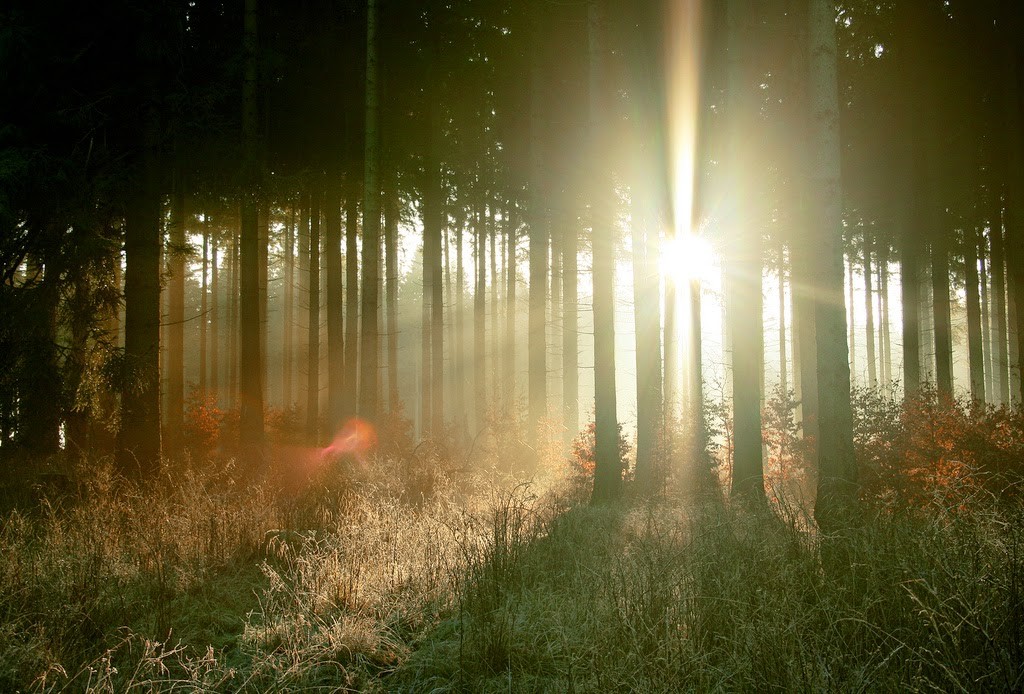 What happened to Paul? He hit a wall. That wall was Jesus. In the height of his passionate disdain for people of the Way (early Christians), he encountered Jesus. Jesus told Paul that he wasn’t just persecuting christians, he was persecuting him. Meeting Jesus in this manner got Paul’s attention and gripped his heart. He was never the same. He took his passionate personality and used it for good instead of evil. Paul moved from hate to love, religion to relationship, persecutor to preacher, etc.

There’s a verse in 1 Peter 2:9 that depicts this change in Paul, it can depict this change in any of us, “I’ve been called out of darkness, and into a marvellous light.” The light of Jesus opened Paul’s eyes; he could finally see that he totally missed the point about what it means to follow God. Jesus made God clear to him, by clear we mean that encountering Jesus showed Paul that God’s love was bigger than a nation, it was for the hole world. That’s right, God wanted his story to include everyone – us!

In the midst of trouble, flogging, trials, and persecution, Paul shared ‘his’ turnaround story.

What’s your story? Are you at the beginning (figuring Jesus out), the middle (discovering how to follow Jesus), or are you now able to look back and identify the things and people God’s used to point you towards himself. Have you thought about sharing your story, to help people get ‘unstuck’ from their past (darkness), and lead them to freedom in Jesus (light).

Looking
at your life today, what did God do, or who did he use, to get you here?
What
is God doing now, so you can become who you need to be tomorrow?
Will
you share your story of God intersecting your life, of God turning you around,
of Jesus stopping you in your tracks, so that you can live in a different
direction?

– If you remember or have read Paul’s conversion story (Acts 9, 22, 26), what is most intriguing? What questions come up for you?

– Paul was a pretty tough guy. He ordered the death of early Jesus followers, and then watched the persecution happen. How does someone like that change?

– What about you? You may have not killed anyone (or maybe you have), but what has changed in you or what do you think needs some serious renovations? Can God do it? What will he need to use?
(BTW, Jesus said if you hate or show anger, your judgement should be the same, just sayin’ – Matthew 5:21-22)

– Revisit the final questions from the post above (in bold)?

Can you think of a time that you had to say good bye? Not a ‘see you tomorrow’, but a ‘goodbye for a long time, possibly forever’ kind of goodbye. We don’t understand what those are in our era. I don’t want to underestimate the parting of ways, but with phones, internet, texting, facetime, skype, etc, our goodbyes don’t last too long. We say goodbye one minute and are texting our friend the next; liking a post on facebook, favouring or replying to a tweet. Our goodbyes don’t have the same finality as they once did.

If you’ve ever worked with a group of people, leading and encouraging them for an extended period of time, you may know what it feels like to eventually say goodbye. I’ve had the opportunity to say farewell a  few times in my life, and it wasn’t easy to settle on which words to share. It’s both tough and beautiful. Tough because you don’t want to leave a group you care about – Beautiful because your relationship to that point has given you an opportunity to share deep and challenging things on your farewell.

In Acts 20 Paul is sharing some farewell thoughts to a community that is dear to his heart. His longest pastoral stint was in Ephesus. It’s to these early Jesus followers that he shares his heart. He asked the Elders of the community to come meet him where he is. It would take three days to get a message from where he was to Ephesus, then add a few days for the Elders to get back. How important was this farewell meeting to make people go through this much trouble? Well, Paul was on his way to Jerusalem. He knew that they would never see each other again. He would be leaving the church in Ephesus totally in their hands…and God’s of course.
This particular speech was the only recorded one in Acts directed solely to Christians. Other speeches/sermons were for pagans, potential converts, hostile religious leaders, but this one is for a church Paul cared for and loves deeply. In it, Paul includes a few things about him and some advice for them.
In this speech…
….we find out…Paul’s devotion to the gospel, the Spirit and the church…
Paul reminds them about how he lived and what he taught. They go hand in hand. He shared all he could about Jesus, with humility, in public and in homes.  Paul lets them know that following him would lead them to following Jesus (cf. 1 Cor 11:1, Phil 4:9). He then uses this word that lets us into how committed he was to the mission of Christ. “I am compelled to go from city to city…even though I may will trouble there.” The word compelled, is also written as captivated (in other translations) and can be translated as imprisoned. Paul felt like he could do nothing else but serve Jesus in this way.
Have you ever felt this? Either for a season or a moment? That you could do nothing else than what God was calling you to do? Did you listen? Did you follow your captivated heart? I hope so. It’s not easy…to give a moment, a day, a week, a season, or your life, but when your compelled, you just don’t feel like you can do anything else. Paul wanted to remind them this as he prepares to leave.
He then turns from his life with them to their new reality without him.
…we’re given…next steps in moving the church forward…
Paul is concerned, like any fatherly leader would be, about his family. He wants them to succeed in his absence. And of course he would, because he is a good leader. Good leaders want those who follow them to succeed after they leave. It’s the selfish leaders who don’t care how things turn out when they’re not leading any longer.
Paul tells them to:
– Keep Watch (for obstacles heading their way)
– Be Shepherds (lead and nurture as Paul once did)
– Be Alert (for evil and disruption to their forming Jesus community)
The most important bit of advice may be in verse 32, “Now I commit you to God and to the word of his grace, which can build you up and give you an inheritance…”. It’s like he’s saying, ‘The story you’ve received, the gospel you’ve been taught, the word of grace you’ve welcomed…it will build you up and give you a future.’
Paul felt that these things would enable them to move the church forward and continue the work of Jesus in their present and future days. 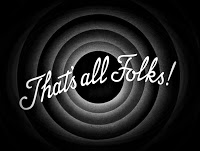 This leads us to the inevitable: Paul is leaving. They accompany him to the ship. They cry, they hug, they grieve, because they will not see each other again. We can’t appreciate what this means for them. We don’t have the same finality in our departures these days. This was a final goodbye. Yes, they had a hope of heaven, but who would teach and continue to nurture these young christians in their faith? There was a deep community that grew in this church. They loved and appreciated each other. This farewell meant something to both Paul and the Ephesian Christians. Paul got to remind them about all they had learned about Jesus. They received valuable instruction to continue what God started in them. What do we learn? Hear are a few questions that might help us figure that out.
* Will
we allow God’s spirit to so captivate us that we find ourselves consumed in
doing God’s good work in the world?
* Will
we appreciate God’s story in such a way that we ‘stay awake’ and keep others
‘alert’ to it?
* How
much of a community experience are we willing to have? Hopefully enough of one
that will bring grief our way if we find ourselves saying goodbye one day –
That’s when you know it’s good!
* If
you had one last chance to talk to someone you cared about, what would you say?
How would you end things? Would you pray for their future? Would you give them
a word of grace that builds?