Moving Forward (after a conflict) – Acts 15 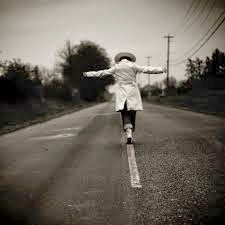 How frustrating is it when you think a conflict has been settled, but then in a meeting or a family gathering or with your spouse, the conflict pops up again? You’re thinking, ‘seriously? I thought this deal was done?’.

Conflict happens, it always pops up. Not just in strained relationships, but in all relationships. All good, healthy, and loving relationships will have conflict. It’s not ‘if’ but ‘when’, and because of that, the best thing to do is address it, deal with it (wisely), and move forward.

Acts 15 is a reminder that issues have a way of creeping back into the mix. The issue of circumcision, and the expectations placed on Gentiles in the early church was a huge deal. ‘Certain people’ and ‘some believers’ just can’t let go of it. These of course are Jewish believers, and the ones who are very tied to tradition and law. Here’s where the conflict comes in, from the day of pentecost (Acts 2) and onward (Acts 10,11) God has been pulling (leading) the early church forward. Jesus of course breaks the ‘rules’ (per say) with his life, ministry, death and resurrection. In Acts we see that Jesus, through these early disciples and apostles are doing the same thing.

The Conflict: The Jewish believers (connected to the party of the Pharisees) are still hung up with ‘circumcision’ being a rite of passage into God’s family. To be fair, this is a long standing tradition. However, the new reality is that God embraces and accepts people into his family (now) by faith and not by works. Circumcision is an external sign, and the early church is learning, through experience, through revelation and through OT prophets (Amos 9) that God’s doors are wide open to everyone, not just Jews.

The apostles address the issue in 3 ways: Stories, Revelation & the OT prophecies.  The people who are centre stage here are Paul & Barnabas, Peter, and the closer in for the save is James (the brother of Jesus).
– Paul & Barnabas use stories about how God has been doing amazing things within the Gentiles
– Peter does the same, while also looking back to a dream God used to rebuke his closed mind to the Gentiles and the Law.
– James pulls all the stories together, adds Amos 9:11-12, and comes to a decision.

A letter is written and sent to Gentile believers. James says that ‘we should not make it difficult for the Gentiles who are turning to God’.  Explanation: lose the knife, add the grace. He also goes on to say that the gentiles should at least follow these 4 guidelines: no food that’s been sacrificed to idols, don’t eat animals that have been strangled, don’t drink blood, and don’t commit fornication or adultery.

It seems strange that James would put aside one (huge) law while adding four more. We can see this as a compromise for the sake of community, with a touch of godly living mixed in. We can agree that if fornication & adultery was a common practice among gentiles (mainly the use of prostitutes for pleasure), then saying goodbye to that behaviour is a good thing (yes?). We can also agree that the pagan rituals of drinking blood from strangled animals may not be the best way to live either. (this was a practice that set apart pagans from jews). However, the first guideline may be strange. This also seems like a conflict that should’ve been resolved in Acts 10-11. We could say that James wants to keep peace and community alive and well. So when Gentiles are with Jews, they would do well to not bug them with this freedom to eat these meats. For the sake of community.

The take home: God is moving us forward. Conflicts are normal, but sweeping things under and not addressing them is unhealthy. God doesn’t (necessarily) send conflict, but he/we can use it to move forward towards Him. Up until this point in Acts, we’ve seen a church that has moved from the temple to the courts, from the courts to the streets, from certain laws to an abundance of grace and freedom. Why, because God is moving them forward, and by doing so, making room, providing the way for others (the whole world in fact) to experience forgiveness and life in Jesus.

Two questions to think about here…
– When conflict comes, will you embrace it, address, and allow it to change you and your situation – to move you forward?
– If God is moving us forward, is there anything he’s asking us to let go of, in order for us to get there?

extra quotes to think about…
Having a sense of being loved deeply by Christ allows us to forgive when someone wrongs us because we can afford to be generous. (Time Keller)
God is always pulling us forward…bringing us further…making us better. It’s his way of love and grace. (jm)
Life is lived forward, but understood backwards (Søren Kierkegaard)

Why is it so easy to sweep things under the rug? To avoid(and hope that it goes away)?

Paul, Barnabas, Peter & James share stories, what’s been revealed (dream), and scripture, to deal with the conflict at hand. Are any of these more important? How can all work together to bring resolution and move forward?

Do you sense the relational vibe to James’ letter? Does it seem like a lot of love & grace went into it?

(optional) If God is moving us forward, is there anything he’s asking us to let go of for us to get there?