moving the story (and your story) forward 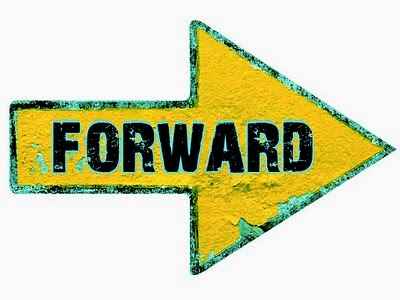 Do you ever stop to think about how much change happens around us? Think about the cities we live in and how different they look today than they did 10 years ago. Think about how different they will look in another 10 years. If you’ve gone back to a city or town that you used to live in, you’ll notice the smallest or largest bit of change/progress. What we don’t see is all the work that went into the change. Even if we never moved, we’re not in the middle of all that hard work, we just watch the houses or buildings going up.

In Acts 18:1-18 we learn about a few people that don’t make the evening news, and their names aren’t popular ones. Yet they played an integral part of the early churches story and helped move the gospel (good news) forward.

The characters we’re talking about are Titius, Crispus and Gallio. The first two are Jews who were connected to the Synagogue. When Paul arrives in Corinth he does what he always does, goes to the Synagogue to share the good news of Jesus with his cultural family. As usual, he causes quite a stir. Titius and Crispus take on huge risk as they open their hearts and homes to the message of Jesus. Seems like they weren’t afraid of potential consequences and made provision for conversation about Jesus to continue away from the Synagogue.

We don’t hear about these people after this story, but they played a huge part in advancing the gospel. Makes me think about the unseen workers and people in cities that have progressed and grown. We see buildings and parks and highways that have gone up, but the ground crew on those projects are forgotten. Even if there names are forgotten or their stories misplaced, what they did to move the gospel story forward cannot be disregarded.

Acts 18 is also the first place in the NT where we are told that Paul was bi-vocational. He was a tent-maker (more like one who worked with leather). More important than what he did was why he did it. Paul was so committed to sharing Jesus that he would work two jobs to make it happen. That said, scholars say that Rabbis were known to work trades. Judaism saw work as sacred, and Rabbis were adamant about bridging the gap between theology and everyday life. They did not want to be detached scholars, but spiritual leaders who understood what people went through. Paul took this seriously and worked a trade to make a living when other resources weren’t available.

The most insightful part of this text may be Paul’s vision from God. Paul wanted out of Corinth. He wasn’t used to staying in one place too long. God, however, had other plans. Paul wants to go, but God tells him to stay. “Do not be afraid; keep on speaking, do not be silent.10 For I am with you, and no one is going to attack and harm you, because I have many people in this city.” Even Paul, the spiritual giant that he is, needs to be encouraged, challenged and affirmed. He is set on leaving and moving on to the next spot on his agenda, but God says stay. This should make people like you and me feel good. If we’re honest with ourselves, we’d admit that we want to leave our tough situations too. If you’re like me, the option of ditching is very tempting. Things get chaotic and we want to leave. Things get tough and we think of other options. The conflict in our work place or neighbourhood or relationship feels like it’s at a place of no return and rather than sticking it out, we want to leave and start fresh some where else. In this instance, probably due to the unsettledness around the Synagogue, Paul thought that leaving the locals to run the show would be better. But God had other plans.

All these things happened for Corinth to experience the good news of Jesus. An expression of the Gospel began in this diverse city because of unassuming Jews, a Roman official, and an apostle who needed God to interrupt his sleep for him to stick it out. Just like a growing city or a growing movement, we now look back on this chapter of the church and say, ‘look at the progress, look at the change, look at how the gospel spread’. It’s a different world because of it.

When people see you 10 years between visits, do they meet the same person or do they meet someone who’s grown, someone who’s moved forward, someone who’s faith is stronger and calling is more refined? I want my friends to not just see all that I’ve done, but to notice who I’ve become. And when I look back, I want to be able to pin point moments in my life where God orchestrated people and places, for me to be the person I am today. I want to trust God enough to listen when he interrupts my sleep. I want to have enough faith to listen to God’s direction. And I want to trust Jesus and his story so much so that I’m willing to take risks, shake the ground, and make such a difference that the future will be different because of it.