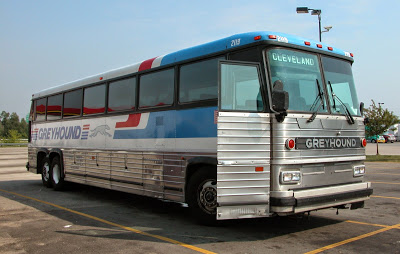 I was 19 years old when I headed off to University. I was presently living in Montreal and would be spending the next 4 years in Peterborough. Before heading off I agreed to play with a band for an important event that would happen that October. This meant traveling back (for rehearsals) home on weekends leading up to the event. I purchased a multipack of bus tickets and was excited for the event and for the rides. Little did I know that what I thought would be a 5 hour trip, turned into over 7 hours each and every time. That’s long. Why? Because this bus stopped at (what felt like) every town along the way. And if that wasn’t enough, I had to make a transfer in Ottawa before finally getting on the homestretch to Montreal. Those felt like the longest trips ever, not because of the distance, but because of the stops along the way. Years later I would take a train to Sudbury that felt equally as long. Why? Same reason – all the stops along the way.

As we head into this homestretch in Acts we are realizing that Paul’s road to Rome is taking forever. So many stops along the way. Unlike small towns with bad restaurants (like the ones on Hwy 7 to Montreal), Paul’s stops include death threats and hearings and clever speeches to get him out of trouble.

After hearing from Jesus (Acts 23:11) that he will testify in Rome, Paul is made aware of a conspiracy to end his life. Forty Jews have vowed to not eat or drink until Paul is dead. (Acts 23:12ff)
Not sure if any of us can relate to this? I’ve had people not like me, and perhaps some even played some pranks to make my life a little miserable. But this conspiracy is serious. Hockey players vow to not shave until they win the Stanley Cup – these Jews were determined to fast until they got what they wanted, Paul’s dead body.

Paul escapes this present obstacle in a surprising way. We don’t read much of anything about Paul’s family in the NT, but in this text we read that his nephew warns Paul about what’s going on, and that his nephew makes the Roman commander in charge of Paul aware of this situation.

What transpires next is very cool. In order for Paul to have a fair hearing, the commander orders that Paul be escorted by 470 men (to Caesarea). This was so the people who wanted to harm Paul would not be able to get through. The text says there were 200 soldiers, 70 horsemen and 200 spearmen. That seems a lot more elaborate than any witness protection program I’ve watched in the movies.

Felix, the governor, makes this hearing a reality. They bring together both sides of the story: The Jews (who are accusing Paul of blasphemy and stirring up trouble) and Paul (who says he’s done nothing wrong, if anything, he’s simply helping people continue on the ‘God’ road they’re already on, just pointing out that Jesus is the adjoining road). The interaction in Acts 24 is worth reading. Paul is his usual clever self. He uses two terms that are important for us to note: The Way & Resurrection.
– The Way is what the early followers of Jesus were called. Paul and the early church have come to realize that Jesus is the WAY (like we read about in John 14) and that the path the Jews have followed up until now is fulfilled in Jesus, not halted by him.
– Resurrection is a common denominator Paul would like to use to bridge his Jewish family and his Christian family. Jews believed in resurrection, but they had a hard time believing that Jesus’ resurrection was the beginning and the initiation of our own. His resurrected life was the sign of hope for the world. Paul desperately wanted everyone to know that, especially these Jews.

One more stop for Paul in this (long) section of Acts. There’s a leadership change, from Felix to Festus (not brothers). In Paul’s exchange with Festus, he appeals to have a meeting with Caesar himself. This is the highest hearing Pau could get, but it’s also his way to get to Rome. Caesar doesn’t come to you, you go to him, and he is…in Rome. 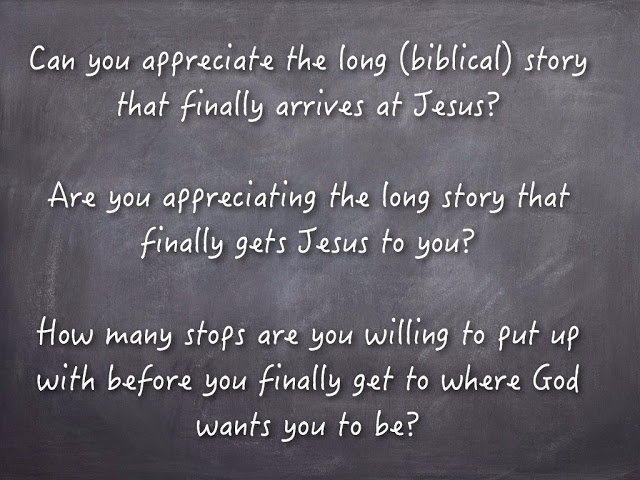 Can you share any travel stories? Ones about trips that just took forever because of all the stops along the way?

Paul is on a mission to get to Rome, yet he can’t seem to get there without obstacles and trouble. How do the words in Acts 9:15-16 & Matthew 10:16-20 help us understand this better?

Should we, today, in 2015, expect any of these kinds or other road blocks in our journey with and for Jesus? Is there ‘good’ trouble to get into while following Jesus?

The early church were called ‘people of the way’. How would you describe our church community or the church in 2015? What kind of phrase or word would do us justice?

A helpful analogy to see why Paul is so keen on pointing people to Jesus is this: If we look at God’s story through a camera lens, we should have Jesus as our focus, and everything else in the picture is there to point us to the focal point. Is that helpful when it comes to putting the OT and NT in it’s proper context? Why is Jesus the focal point?

Before you close up tonight, if you still have time, try and discuss some or one of the questions from the above picture…