Good stories are worth repeating (Acts 25/26) 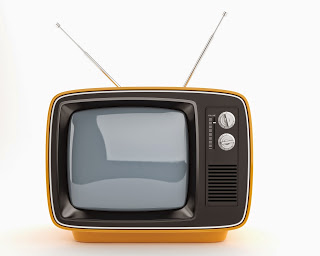 There are some stories worth repeating – we would agree that the good stories should be retold over and over again. You’ve probably been at a party and one of friends said to another, “Hey man (or girl), you gotta tell everybody that story about _______”. As they proceed to share it, you wish you had a story as good to share.

Good stories have always been repeated. Good/Popular songs get played on the radio over and over, Good movies get watched, rented or downloaded more than other movies. And sitcoms or tv dramas show reruns for years to come.

For example, the Beatles song, ‘Yesterday’ has been played more than 7 million times on the radio (this doesn’t count the internet play it gets). Seinfeld has made more $3 billion in repeat fees (and 1/2 of that went to Jerry:). Starwars IV (the first to come out) is the 2nd most watched movie on TV reruns.

If you take the time to read through the whole book of Acts (as we at The Village have been adventurous enough to do), you’ll notice that one story gets repeated a few times. The story I’m referring to is Paul’s conversion. As Luke lays out what makes it into his second volume (his gospel being his first volume), he chooses to include Paul’s conversion story three times. Acts 9, 22 and 26. They’re all basically the same, but set in a different context. In Acts 9 we find out that this Pharisee who was responsible for Stephen’s death just a couple of chapters before has had a complete transformation. In Acts 22, Paul is defending himself from some accusations (which is a normal thing for Paul). In Acts 26 Paul is once again defending himself, and in this current hearing with King Agrippa begins to share who he used to be (a fundamental religious Pharisee) and how he became a follower of Jesus who is now called to share this new gospel with the world.

We enter this scene with Governor Festus trying to figure out if Paul should be convicted of anything or if he should be let go. He’s been accused of blasphemy from the Jews. Festus welcomes King Agrippa and his sister Bernice to be part of the discussion and perhaps write a letter to Caesar to be sent with Paul.

With King Agrippa wanting to hear from Paul, Paul takes this opportunity to share his (conversion) story (Acts 26). Here are the parts of his story that Luke wants us to hear…again…

Paul ‘used to be’ obsessed with putting an end to the early church movement. He was instrumental in putting Jesus’ followers in prison, and of course ensuring that many of them would die. Think about the things people are ‘obsessed’ with today: sports, gaming, netflix, etc. Paul’s obsession was watching early Christians being stoned (Acts 7). But something clicked in Paul – he realized that the hope he had in God was fully realized in Jesus. The people he was trying to stop were the ones who discovered God’s hope for real – Jesus. Paul couldn’t get past Jesus, until of course Jesus got his attention.

In Acts 26:12-18, Paul shares the heart of his conversion story. He tells us that Jesus got his attention, Jesus woke him up, knocked him off his horse (literally). In Paul’s conversion we see three things that change with Jesus: blind eyes are opened, darkness turns into light, and we are no longer are under Satan’s power, but God’s.

When you look closely, Paul’s story is more about ‘calling’ than it is about ‘conversion’. It’s clear that God didn’t get Paul’s attention simply for him to change churches…or synagogues, he changed him so that Paul could make a difference and share this story with the world. Jesus never saves us to sit, he saves us to serve. Paul’s big moment on that Damascus road turned into so many more moments where God used him.

How about you? Has God’s transformation in your life given you the desire to put a towel over your arm and serve? As grateful as you are and should be about God’s forgiveness and grace, have you allowed Him to turn your conversion into a calling? What are you called to? Who are you called to?

This last part of Acts 26 may be my favourtite. First, Festus tries to say that Paul is crazy. In Paul’s return comments, he appeals to King Agrippa and asks if he believes. King Agrippa’s response is humourous. Here’s the exchange…
Agrippa says, “Do you think that in such a short time you will persuade me to be a Christian?”
Paul’s answer is classic, “short time or long I pray to God that you and all who are listening to me today may become what I am, except for these chains”. (love the inclusion and joke about the chains)

Here are a few questions to think about…

– What
did…or is…God saving you from?
What
is…God calling you to?
– What
stories are you keeping to yourselves?

What story should you
be sharing?
– If
you’ve got no moment to look back on…no turning point…how about asking
God to get your attention…whatever way he needs to get it?

What’s one thing you say about your self over and over again? A trait you think describes you well that something people would like to know?

What’s one movie or show that you can watch over and over and not get sick of?

Paul talks a lot about who he used to be. Is there a past part of you that your thankful is now in the past? You feel like sharing?

We tend to think that Jesus stands at our door knocking and won’t come in unless we open the door. (I think Rev 3:20 lends itself to that) However, what do we make then of Paul’s experience. It seem like Jesus barged into that door. He got Paul’s attention. He woke him up.
– Is it one or the other…or both/and?

God’s desire seems to be two-fold: He wants to change us and he wants to use us. How long does it take to go from step 1 to step 2? Or can God use us while we’re still ‘becoming’ Christians…while the change is still in progress?

Paul took a risk in answering King Agrippa the way he did (Acts 26:28-29). What was it about  Paul that gave him such confidence? Can we have a similar confidence while still being true to ourselves and not looking too fanatical in front of friends?

What do you need to be praying for tonight?